Intrauterine Insemination or IUI (also known as artificial insemination) is the process of isolating sperm from a semen sample and delivering a highly concentrated amount of active motile sperm through the cervix into the uterus. The objective is to deliver more sperm and closer to the vicinity of the egg than sexual intercourse, thereby increasing the probability of fertilization of the egg. IUI typically is performed with fertility drugs for the female patient. Thus, for infertility patients, IUI is commonly performed as a low-tech, cost-effective approach to enhancing fertility in patients. Prior to initiating IUI treatment, a woman must have at least one documented open fallopian tube as demonstrated by a hysterosalpingogram (HSG).

Sperm Separation Process
Semen consists of a mixture of sperm and seminal fluid. There are several techniques to process the semen for IUI. All of the techniques involve separating sperm from seminal fluid. It is not a currently acceptable medical practice to inject semen directly into the uterus because there is an abundance of chemicals called prostaglandins in the seminal fluid that can cause extremely painful uterine contractions. We use primarily one of two methods of sperm separation called “Swim up” and “Density Gradient Separation”. The specific method used in a particular patient depends primarily on the semen parameters.

Swim Up
In the swim up method, the semen sample is divided into multiple small portions and placed in the bottom of several test tubes. Culture solution, known to have a balanced composition to support the motility of sperm, is placed on top of the semen in the test tubes. The series of test tubes are kept warm at body temperature ( 37 O C) for an hour or so. This gives time for the motile sperm to swim from the semen in the bottom of the test tube into the culture solution on top, hence the name swim up. At the end of the incubation period, all the culture solution on top of the semen is collected from all the test tubes. The collection is concentrated by centrifugation into a small volume, typically half a milliliter (mL) for IUI.

Density Gradient Separation
In the density gradient separation, motile sperm are separated from dead sperm and other cells through the use of two or more viscous solutions. The viscosity of the solutions combined with centrifugation allows the separation of motile sperm from dead sperm, seminal fluid and other cellular elements including white blood cell. Approximately 2 hours are required to process the sperm.

Insemination
After preparation, the sperm concentrate is placed through the cervix into the uterus by using a thin, flexible catheter. The time required for insemination is ~5-10 minutes. The patient may experience mild cramping during the procedure but this symptom should resolve shortly after the procedure is completed. There is a small risk of infection following this procedure.

The success with IUI is dependent on both the sperm quality as well as the fertility status of the female partner. The minimum motile sperm concentration for optimal IUI success is about 3 million motile sperm although success has been obtained occasionally at much lower sperm count.

Studies suggest success rates with IUI are enhanced with the addition of moderate stimulation of the female partner with fertility medications. This approach is also called super-ovulation or controlled ovarian hyper-stimulation. A decision regarding medication to stimulate the ovaries is made after consultation with our physician. Many patients will start with an oral medication, e.g. clomiphene citrate or letrozole, taken for five days shortly after menses begins. In women with known polycystic ovarian syndrome, especially those with abnormal glucose tolerance test, a medication approved by FDA for treatment of diabetes called metformin may be added. Alternatively, injectable fertility drugs which are more aggressive in stimulating multiple egg release from women may be advised. Generally the more eggs a woman produces during a treatment, the higher the chance for success; but at the same time, the chance of a multiple pregnancy increases. 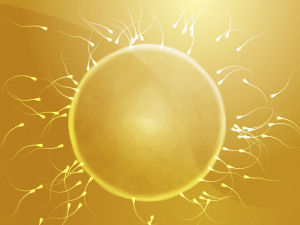